Note: I first published this essay on my old blog in December of 2013.  It continues to reflect my approach to Christmas Eve.

“It was always said of Scrooge, that he knew how to keep Christmas well, if any man alive possessed the knowledge. May that be truly said of us, and all of us!”

I am a practicing Neo-Pagan, but like many Pagans of my generation, I did not grow up in my current faith.  My parents raised me Roman Catholic, and most of my family are Catholic or other types of Christian to varying degrees of observance and devotion.  I grew up celebrating and loving Christmas and enjoying all of its trappings.

When I became Pagan I began celebrating the Winter Solstice.  Being a solar-oriented Pagan, celebrating the rebirth of the Sun seemed like the most natural thing in the world to me, and I found deep meaning in honoring the longest night and the return of the light.  But I faced what all formerly Christian Pagans face after taking up their new faith:  what to do with Christmas?

Since my family celebrates Christmas and I cherish my family, I certainly wasn’t going to stop celebrating with them.  My immediate family has become increasingly non-religious in recent years, so it’s been easy for me to celebrate with them in a secular way:  opening presents, eating traditional foods, playing games, watching Christmas movies and specials, etc.  Jesus lay in his manger, but otherwise he wasn’t much involved in the festivities.  I began to cultivate a sense of truly celebrating Yule as a tide, beginning with the Solstice and its religious observances, flowing through Christmas with family fun, and culminating with ringing in the secular New Year on January 1.

But over the years I began to yearn for more meaning in my Christmas celebrations, especially on Christmas Eve.  The traditional carols and their messages of peace, hope, and goodwill still touched me deeply and made the night feel reverent and holy to me in and of itself.  I felt as though I needed to engage with the spirit of Christmas in some way other than simply opening gifts and watching movies.  But as I am not Christian and do not believe that Jesus’s birth saved me from my sins, how could I connect any more deeply with this part of the Yuletide?

And suddenly one year I had a revelation.  The songs all sing of the birth of a child bringing hope to the world.  Well, the birth of any child brings with it the power of potential, hope for the future, and the certainty that life does go on.  So on Christmas Eve I celebrate the joy all newborn babies bring and contemplate the idea that the birth of one individual can indeed change the world for the better.  I feel it’s an idea anyone can get behind, and it definitely has made Christmas Eve meaningful for me once again.

With many babies born into my social, religious, and family circles this year and with more on the way, this idea has manifest even more concretely for me this year.  On Christmas Eve I will raise a glass to toast all of these holy infants so tender and mild.  I look forward to watching them grow and make their way through the world.  May they sleep in heavenly peace this Christmas Eve and always. 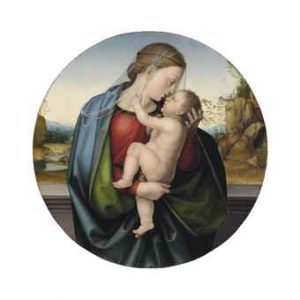